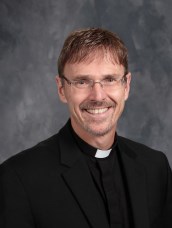 Rev. Gier was installed as Senior Pastor of Ascension in May of 2019. He previously served 16 years as the pastor of Mount Calvary Lutheran Church in Excelsior Springs, Missouri.

Pastor Gier began his theological studies at Concordia Theological Seminary in Fort Wayne, Indiana, in 1998, graduating in 2002 with a Master of Divinity degree. During his time at the seminary, he was honored to serve as Student Association Vice-President, President, and as the 2002 Class President. After receiving his M.Div. degree, Pastor Gier continued his studies, serving as Graduate Assistant to the Department of Pastoral Ministry and Missions. In 2016, he received his Master of Sacred Theology Degree, and is currently enrolled in the Ph.D. Missiology program at Concordia.

Prior to his call to the sacred ministry, Pastor Gier worked as a licensed architect in both the states of Washington and Connecticut, and held membership in the American Institute of Architects. In 1986, he earned his Bachelor's degree in Architecture from the College of Art and Architecture at the University of Idaho. 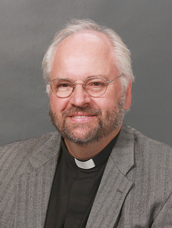 In June 2021, Rev. Zieroth accepted the call to become full-time Associate Pastor at Ascension. He began his service at Ascension in 2016 as part-time Assistant Pastor shortly after he and his family joined the congregation. While he was Assistant Pastor, Pastor Zieroth also served full-time as Assistant Professor of Pastoral Ministry and Missions, Dean of Students, and Director of Vicarage and Internship at Concordia Theological Seminary, Fort Wayne (CTSFW).

Pastor Zieroth spent 26 years in the pastoral ministry, serving congregations in Fort McMurray and St. Albert, Alberta, Canada; Kingsville, Maryland; and Chaska, Minnesota. He earned his Doctor of Ministry degree in 2006, and his Master of Divinity degree in 1990 from CTSFW. He graduated from Concordia University, Ann Arbor, Michigan, in 1986, with a Bachelor's degree in psychology. Before joining the Concordia faculty, Pastor Zieroth served as an adjunct professor from 2008-2016, leading courses regarding what the Bible teaches about marriage, families, and catechesis. 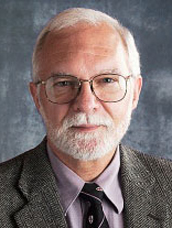 Pastor Stube retired as pastor in June 2018 after 29 years of service at Ascension. During his tenure, the church

Pastor Stube hails from northern Idaho, where he was raised enjoying all the benefits of the great outdoors in the Rocky Mountains. Prior to  studying for the Holy at Concordia Theological Seminary in Fort Wayne, Pastor Stube  to He graduated with a degree in Bacteriology/Ecology from the University of Idaho (fresh water ecology) and then with a graduate degree in Microbial Ecology from Utah State University (hyper-saline ecosystems). After a stint with a USDA research laboratory, he entered Concordia Theological Seminary, Fort Wayne, Indiana to study for the Holy Ministry.

Following graduation, he held pastorates in Colorado and Utah, and since 1989 has been Pastor of Ascension Lutheran Church, Fort Wayne.

Pastor Stube earned a doctorate in New Testament Biblical Studies from the University of Durham, England, in 2002. He enjoys outdoor sports, especially bird hunting and fishing, and is an avid reader of western Americana and historical biographies. 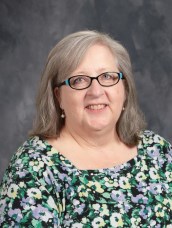 Colleen has served as the administrator at Ascension for both the church and the school for many years. She and her husband Scott have been members of Ascension for many years. Her work is her ministry and it shows in the way she serves Ascension, interacting with both members, parents, and students. "I love the people of Ascension," she says. "We are a family. Ascension is a joyful place where Christ is the center."

When not at the Ascension office, you will find Colleen enjoying a good book, working on a cross stitch project, or traveling. Mostly, she just enjoys spending time with friends and family.